Skip to content
A short mention of my way of bringing ancestors alive is printed in the article “Collecting Family’s Oral History: A Gift for the Ages.” (The reference to my narratives is at the very end of the article.) “Consider working with your local or state historical society and submitting the materials to an archive. “Or you can do what Jean Wilcox Hibben does. “Wilcox Hibben, a California genealogist, performs impersonations of her ancestors, using first-person narratives and period dress, at genealogical and historical societies. She weaves what she’s culled from oral histories and documents with the historical events of the time and a little creative license. ” ‘I think it’s neat to see the people come alive,’ she said.” by Alexia Elejalde-Ruiz, copyright 12 April 2010, posted on the Pueblo (Colorado) Chieftan website

Breaking the Ties that Bind: One Woman’s Story of Leaving Family to Settle New Frontiers

Irene Freeman was born and raised in New York State, moving at least three times as a small child.  Her mother died soon after Irene was born and she was raised in part by her maternal grandfather; after his death, her father and new step-mother moved her across the state to spend her teen years in Jefferson County, New York. After marrying “the boy next door,” she moved with her husband to the Michigan frontier, then to the Iowa wilderness, and, after the Civil War, to the war- ravaged state of Tennessee.  Along the way, she gave birth to at least six children, only three of which survived, and managed the household while her architect/builder husband chased jobs around the state. She is an example of the strength of woman survivors in the 19th Century.  The paper trail she left behind will be examined following the narrative presentation.

Elisabeth: The Story of a German Immigrant

In 1864, 36-year-old Elisabeth Huberta Thenée left her home and family, including five young children, in Bonn, Germany, under extreme circumstances.  In a first-person narrative, this presentation tells her story: why she left, how she got to the United States, and what her life entailed after arriving in America.  The original story, written by Pauline Miller Wilcox, granddaughter of Elisabeth, provides a new perspective of why a person might leave her homeland for an uncertain life across the ocean.  The presentation is followed by a description of how the alleged facts in the story were proven true or false, giving some basic information on researching German and Civil War records.  This presentation is appropriate for all ages, though young children may be uninterested in the second half.

At the age of about 13, Johann Adam Hollaender was orphaned in the Bavarian village of Edesheim, Germany.  With only two older sisters, both living in America, as his immediate relatives, Adam left his home and extended family to make his way to the new land.  His experiences are detailed in a narrative, presented in first person by his wife, Caroline Maria Trapschuh, who shares how he acquired a trade, joined in the Civil War effort, and eventually established the first hairdressing and wig-making salon in Milwaukee.  A short explanation of how his story was pieced together follows the narrative.  By examining the many documents and letters left behind in the Hollander estate, studying other records, and applying the first-hand stories, received by Adam and Caroline’s granddaughter, Virginia Johnson Wilcox from her grandparents, the life of John Adam Hollaender is reconstructed.  This presentation is appropriate for all ages, but younger children will probably be uninterested in the second half.

Nathan Wilcox: The Story of a Union Soldier and His Family

Born and raised in New York State, Nathan Wilcox was a man who must have been a nomad at heart.  In his less than 65 years of life, he moved a minimum of eight times, not counting all of his movement during his almost three years in the Missouri Engineering Regiment of the West during the Civil War.  Ending his life in the Southern state of Tennessee, this New York Yankee experienced the antagonism of the confederates as he helped to reconstruct the South.  His story, told in first person by his wife, Irene Freeman Wilcox, gives the audience a look at the hardships endured by those who chose to pioneer new territories.  The story is followed by an examination of how the family’s migration was tracked, including a reminder about verifying family folklore with document examination, using historical facts to correlate with family history research, and emphasizing the value of on-site research.  The first part of the presentation is appropriate for all ages, though small children probably will not care about the second part.

Forget me not: The Story of a Milwaukee Pioneer 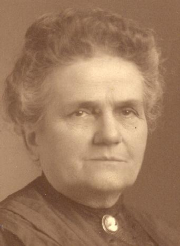 Caroline Trapschuh traveled from Bohemia to the United States in 1849; she was only five years old, but the journey made an indelible impression on her young mind and she shared her experiences with her descendants.  As a youth, she was part of a pioneer family that settled the then-wilderness city of Milwaukee, associating with some of the notables of the community.  Her story is told by her great-granddaughter, presented in first person.  Following her story, the audience will be informed about the research methods used to uncover the details of the immigrant’s life. 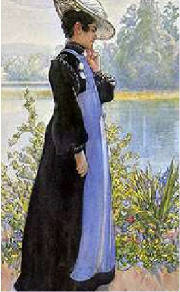